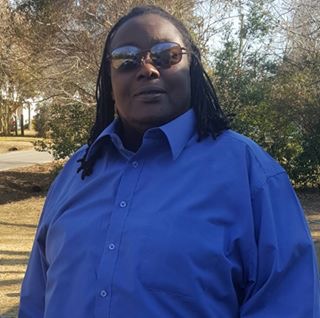 A Time to Be Born: Vanessa Dianne Mulkey was born the first child to the late Mr. Eugene Mulkey, Sr. and Mrs. Frankie Williams-Mulkey on June 22, 1973 in Arlington, GA. As a very young and eager child, she accepted Christ as her Lord and Savior and became a member of Ebenezer Baptist Church. She later moved her membership to Hopewell Baptist Church.

A Time to Live: Vanessa graduated from Calhoun County High School in 1991. She later attended Albany Technical College to further her education. Vanessa was always the most humorous person in every situation. Whether you needed advice, someone to cook, a shoulder to cry on, or if you needed your spirit lifted, she would always have a smile and a funny joke to tell.

A Time to Give Life: On July 14, 1990, Vanessa achieved one of her greatest accomplishments; she became a Mother! It was that day she gave birth to Jevaris Dale (Atlanta, GA), and two years later she gave birth to Andruas Carr on September 14, 1992. Her greatest duties was loving and providing for her two sons. For them she would give the world and her own life. God later sent her Kaniyah “KK,” a child she loved as her own.

To order memorial trees or send flowers to the family in memory of Ms. Vanessa Mulkey, please visit our flower store.